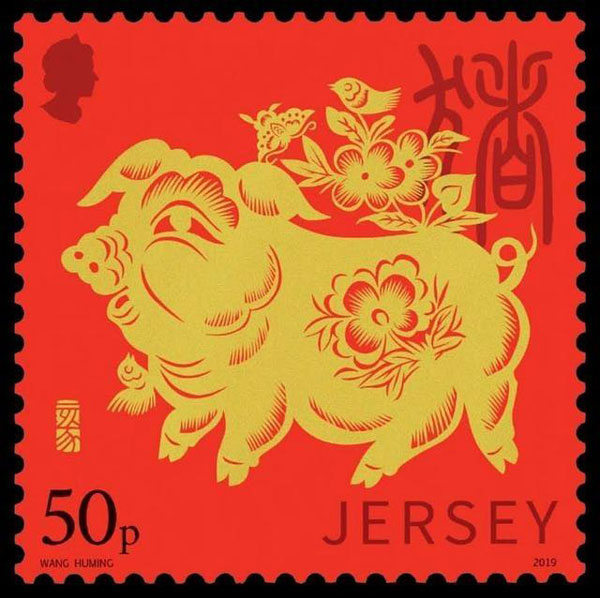 A stamp features a Horinger-style paper cutting in the shape of a pig [Photo/helin.gov.cn]

The island of Jersey, a British self-governing territory in the English Channel, recently issued a special stamp to mark the Chinese Year of the Pig.

The new stamp features a Horinger-style paper cutting in the shape of a pig.

This type of paper cutting is famous in northern China, and was originally developed by Horinger women living in rural areas.

Duan Jianjun, a national paper cutting expert, designed the new pig for Jersey Post and used incised carving to produce the distinctive cutting for the stamp.

The design also includes the peony, bird and plum blossom, which are designed to convey joy and harmony.

The stamp was designed by Wang Huming, a famous Chinese stamp designer.

Wang attempted to combine British and Chinese elements in his design, with the Queen's head in the top left and Chinese calligraphy on the right. 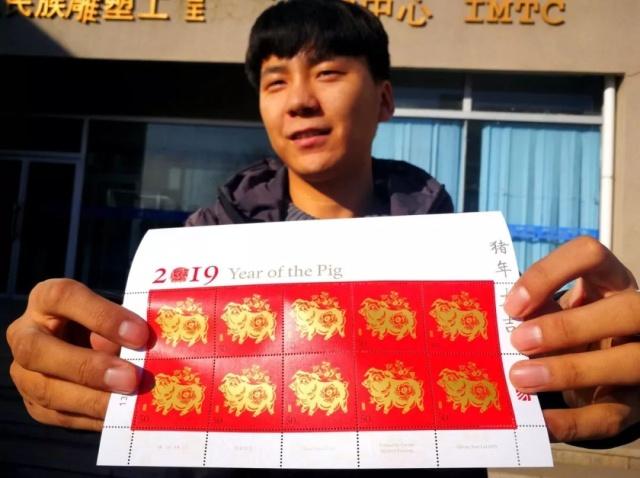 A man demonstrates the stamps [Photo/nmgnews]